Eindhoven is an amazing and well-beloved city, bustling with activity and the center of Brainport, one of the worlds most advanced high-tech regions in the world. No wonder Eindhoven and Veldhoven are so popular for internationals and expats to live in! In fact, Eindhoven is so popular that prices are high and availability is low. There is an alternative! De Kempen is a perfect alternative for commuters working in Eindhoven. We would like to show you all that De Kempen has to offer.

De Kempen region is situated south of Veldhoven. It contains the municipalities Eersel, Bladel, Reusel and Bergeijk and multiple villages like Duizel, Steensel, Vessem, Hapert, Netersel, Casteren, Hooge Mierde, Lage Mierde, Hulsel, Luyksgestel, Riethoven and Westerhoven. The accessibility of these villages is excellent due to the highway (A67) driveway and exit in Hapert. Therefore, most of these villages are just a 20-minute drive away from ASML or High Tech Campus..

Get away from the city

The rural areas around Eindhoven used to be the working site of all kinds of farmers. You can still find various crops and farm animals in De Kempen, but the region has been evolving in terms of facilities – housing, for example – without the loss of identity. You can also find a diversity

Living in De Kempen is like having your cake and eating it too: you live close enough to Eindhoven to make your commute a walk in the park (literally, perhaps), but you still get to come home to your own slice of paradise to escape life in the busy city.

Living in Eindhoven means living as close as possible to your job. It also means a proportionally higher price than you would pay for similar houses in De Kempen. Did we mention the demand is incredibly high? We don’t want to tell you what to do, but looking for a house in De Kempen region at least deserves a look.

De Kempen is one of the vital organs that keeps the heart of Eindhoven pumping. De Kempen is close enough to Eindhoven so that your connection is quick and direct, while De Kempen has lots of other advantages too. We mean, have you tried finding a decent and affordable parking space in Eindhoven?

De Kempen is more spacious than Eindhoven, offering all the perks of a larger city in a suburban area with a tranquil atmosphere. It also has a lower population density, which means finding day care or a school for your children will be a lot easier than it is in Eindhoven.

De Kempen – why not?

De Kempen has a lot of the same perks as Eindhoven while maintaining its unique identity of all the facilities you need in a green and lush environment. Are you looking for a house in Eindhoven? Considering widening your search to De Kempen and you never know what hidden treasures might await you there. We certainly wouldn’t mind helping you in your housing quest! 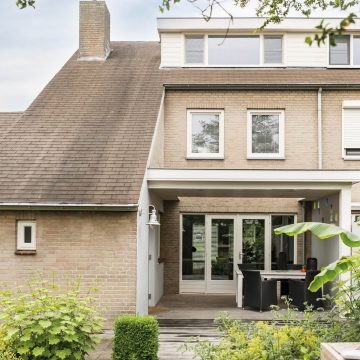